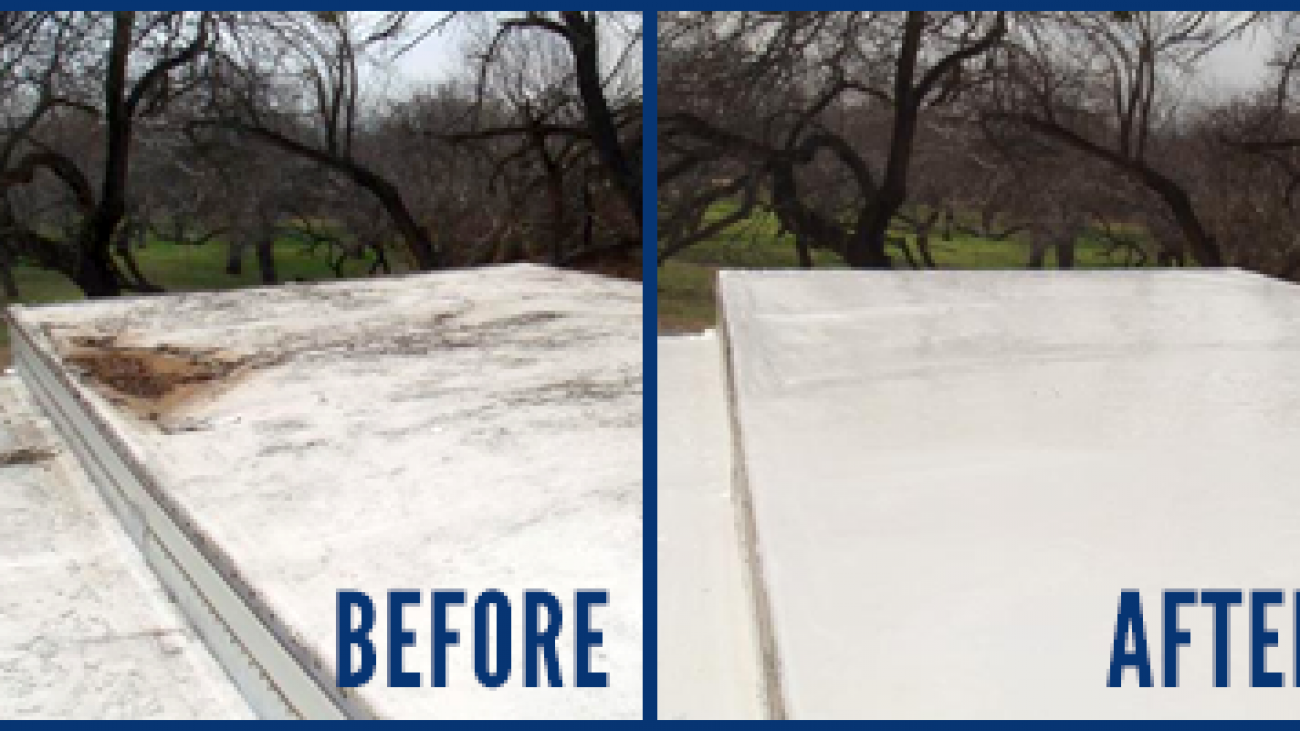 by Donald Castillo with No Comment RV RoofingRV Tips

At RV-Fixes, we witness trends in the RV industry, especially regarding roofs. Two major issues in the last few years keep showing up, and many RV owners are demoralized by the answers they receive from dealers or service centers.

The first big issue is a poor batch of rubber roofs. A few years ago, a well-known rubber roof manufacturer had a batch that did not cure correctly. Rubber roofs on RVs are half white or tan, and the lower half is black. The issue was with the upper white or tan side. We have seen both colors. There is very little regulation or government oversight in the RV industry, so there is no means to ensure these manufacturers’ problem recalls or notify owners. There have been small comments here and there on RV forums and articles; however, no owners were approached to inform them that they could have the roof issue.

Anyone who has bought an RV built in the last two years ought to take a moment to examine the membrane. The membranes affected can be sticky, soft, and sometimes powdery. It can smear or leave footprints if you walk across or get in contact. In the initial couple of cases we saw, it was believed that a powerful cleaner was used, which caused it to soften the material. However, a few RVers began to doubt the roofs. The roofs were finally discovered to be defective. They were aware that the roof manufacturer had distributed to repair centers and manufacturers many pieces of roof material that didn’t cure properly. If you discover you have some of them, you must report it right away to your manufacturer. Make sure you get the money you’re due for a defective product. Membrane roofs generally come with a 10-year warranty for the roof material and state that they are free from defects. In the past, these manufacturers have been exempt from warranty claims as most roof claims are based on caulking joints breaking, but they have stated that they will only warrant the membrane. This is the time to check the condition of your roof and hold the accountable people accountable for the work. There are many locations where we’ve seen clients receive payments ranging from $600-$1500 for a roof replacement. Payments are from either the RV brand or roofing company. Roofs that are damaged are found on various brands and styles of RVs because their roof material can be described as the industry norm for roofing. We recommend that all owners check the roofs of their RVs and replace them as quickly as possible.

The other issue is mostly with travel trailers or 5th wheels. The next time you drive down an interstate, look at the approaching 5th wheel or travel trailers. You’ll often notice that the 5th wheels in the rear of the roof appear like a large bubble. The wind is blowing in either of two directions. One possibility is that you have the possibility of a tear or an area in the front of your strip that’s not being glued properly. The RV construction explosion shows an increase in the RV quality, and factories aren’t always using enough glue on RV roofs. When the air is in, the roof begins to expand and expand. In the first few instances, it is when the roof will then be flat. One good sign of this occurring while driving on the road is that you can see wrinkles appearing on the front of the membrane and a tear around the air cooling. The part that is ballooned up eventually connects close to the AC and then stretches against it until it tears around the base.

Inspection of the front seal will not always identify a problem as the other cause is air entering through the hitch, up to the end cap, and then under the front strip of joint. We’ve seen people who could stop the ballooning by sealing the cracks in the end cap, under the hitch region, and within the hitch. Again, unless you examine your roof periodically from time to time and you aren’t aware of this until it breaks and tears away and flaps in the wind. One of our customers told us that he saw his shadow while driving along a narrow mountain route. He told us it took him about a minute to determine why the form he noticed was not the one he was expecting to see.

We hope that these two roof inspection suggestions will avoid the possibility of a roof malfunction while camping. It’s always best to fix it at home, so your camping trip will be one of the great memories, not the waiting rooms at a service center.